Payton Schindler said music helped him process the death of his cousin, Hunter Schaap, who was murdered in 2017 in Seabeck. 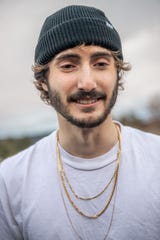 BREMERTON — Four years ago, as Payton Schindler prepared to leave Bremerton for Las Vegas to begin his music career, he was awoken in the middle of the night with the news that his cousin was missing.

It was Jan. 27, 2017, and Schindler’s cousin, Hunter Schaap, had been found dead in a home in Seabeck along with two others — Christale Lynn Careaga, 37, and Johnathon F. Higgins, 16.

The three were members of a blended family that also included Johnny Careaga, 43, who was found dead two days later in a burned-out truck off a remote road in Mason County. The killings remain one of the highest-profile unsolved murder cases in Kitsap County history.?

Schaap’s death hit Schindler hard. The pair had grown up together, even lived in the same house for a period of time. With no siblings close to him in age, Schindler considered Schaap a brother.?

Following the murders, living alone except for his girlfriend in a new city, Schindler remembers locking himself in his room and immersing himself in making music. He realizes now that he used writing and making beats as a form of therapy.?

More: Five things to know about the Careaga family murders

“The night before (the murders), (Schaap) came over, I got to dap him up and tell him I love him,” Schindler said. “It made me want to do what I wanted to do and it made me feel like if you can die that fast, or have something that crazy happen that fast, then why wouldn’t you want to at least give it a meaningful shot?”?

Schindler, 24, lives in Las Vegas now. But the Bremerton-born artist has begun making waves in the music world, first as a producer and now with his own brand of pop-inspired hip-hop and R&B.?

Working under the name “Dizzy,” Schindler got his first big break when the rapper Blueface —?whose hit 2018 song “Thotiana” topped out at No. 8 on the Billboard Hot 100 — asked the Bremerton native to make him a beat. The beat Schindler put together later became the song “Nose Up.”

“It didn’t really register to me how many people are hearing the music or how many people it was touching,” Schindler said. “I had people I didn’t know hitting me up, telling me they found me.”?

Music runs in the family. Schindler’s father, Matt Schindler, played in a band called Rewind that was well-known around Bremerton and the Puget Sound in the late '90s and early 2000s, playing shows with bands like Sublime, MxPx and Rehab.

After Rewind broke up, Matt Schindler turned his house into a home-recording studio. Schindler grew up around band practices and started playing instruments in elementary school.?

“He picked up the guitar around 3 or 4, but he was actually playing full-on beats by like 5,” Matt Schindler said. “I’m a bass player and I could actually jam with him when he was 5.”?

Matt Schindler introduced his son to a wide variety of music, from Blink-182 and Rage Against the Machine to Ray Charles and Black Sabbath. But it wasn’t until after high school that Schindler started to focus on creating his own music.?

“I was working, living in (my dad’s) basement, and he had all that equipment there,” Schindler said. “So in my head, I could either play video games after I got off work or I could try to get better at something.”?

After moving to Las Vegas, Schindler started his career making beats and writing songs for other artists. Eventually, one of those artists returned a song Schindler had written for him and told him to sing it himself.?

“I realized that I could probably do it myself, I had a bunch of the knowledge, I had some funds, I was getting more comfortable with my voice,” Schindler said.? 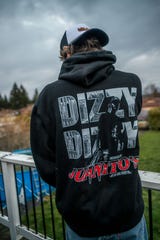 Schindler’s top song on Spotify has almost 40,000 plays, and he’s produced a few music videos, which he shot in and around Bremerton. Shooting videos in Bremerton is important for him to maintain a strong connection to home, Schindler said, and because he’d rather show off the lush greenery of the Pacific Northwest than Nevada’s deserts.

The old Perry Market on Perry Avenue features heavily in the background of Schindler’s music video for his song “Home.” Scenes for a video for another song, “Everytime,” were shot at a cabin in Kingston, Pendergast Regional Park, and outside Juanito’s Taco Shop on Kitsap Way.

Schindler describes his music as a mix of pop, hip-hop and R&B. He both sings and raps against the backdrop of finger-plucked guitar lines and spacey, melodic beats. He hasn’t mentioned Schaap’s death explicitly in his lyrics because he doesn’t want it to be seen as an “attention-grabbing thing.” Instead, Juanitos — the taco restaurant formerly owned by Johnny and Christale Careaga — sponsored Schindler and he references the restaurant multiple times in his videos.?

“I just wanted it to be like a respectful thing where this is my family and they’re supporting me,” Schindler said.?

Schindler, who returns to Bremerton about once a month, is still working on new material. He eventually wants to tour and make a comfortable living with his music but said he’s OK if he doesn’t sell out arenas.?

“I think I’d be happier that way, than being ultra huge,” Schindler said.?