A record 357 organizations participated in this year's 24-hour fundraising marathon. 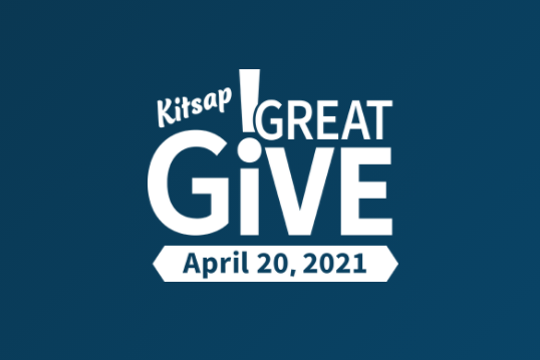 The Kitsap Great Give raised more than $2.1 million for local nonprofits during its annual 24-hour fundraiser Tuesday, falling just $100,000 short of its record for donations set in 2020.

Last year’s Great Give fell just a few weeks into the COVID-19 pandemic, and Kitsap residents responded by giving more money to local nonprofits — especially food banks — than ever before. This year, the Kitsap community “really stepped up and maintained it,” interim Kitsap Community Foundation president and CEO Gina Anstey said.?

“Last year we were at $2.2 million and we didn’t know what was going to happen this year, we didn’t have a good read on it,” Anstey said. “I believe the total amount of $2.1 million shows people see the importance of this.”?

Faced with a sudden lack of in-person events, many nonprofits had to pivot to online fundraising during the pandemic, Anstey said. The Great Give, now in its eighth year, has the benefit of familiarity with its online model.?

“What I think we’ve been doing is building the community’s muscles to know that this is coming, but the fact that they aren’t getting tired of it and increasing their giving speaks to the ease of it,” Anstey said.?

Kitsap Rescue Mission, which is in the process of opening a new 24/7 homeless shelter in South Kitsap, received $28,058, which is close to what the nonprofit raises in a typical year from the Great Give. But this year has been augmented by a flurry of individual donations in addition to the 24-hour fundraiser, according to rescue mission executive director Nancy Olsten.?

Olsten said the rescue mission plans to use the money to buy permanent beds and mattresses for the shelter, plus kitchen equipment and storage lockers for residents’ belongings.

“We’re just really grateful that people have not given up on us and they keep showing up and giving,” Olsten said. “That’s allowed us to expand our services and serve more people.”?

The Marvin Williams Center in downtown Bremerton raised $24,825 from 35 donors. Executive director Dr. Lillian Robertson said the community center plans to use that money to restart summer programs that were suspended last year as a result of the pandemic, including youth STEM programs and cooking classes.

“We’re really grateful for that,” Robertson said. “Our hands were tied in how we could serve and how we could respond to the pandemic for the community.”

Funding also flowed in for other organizations run by Black, Indigenous and People of Color (BIPOC), including OurGEMS mentoring program ($13,980), Up From Slavery Initiative ($17,565) and Kitsap Racial Equity and Empowerment Fund ($3,345).?

Robertson was encouraged by the donations to organizations working to help marginalized communities — communities that have been disproportionately affected by the pandemic and whose vaccination rates have lagged behind white residents in Washington.?

“There’s certainly a need because when the community shuts down, people of color are impacted more severely,” Robertson said.?

That’s part of the reason Robertson pushed to open a vaccination clinic at the Marvin Williams Center, which was held on April 10. Another clinic is scheduled for May 1.?

“The marginalized folks that we serve are really having to support themselves and helping them stand strong really requires more support, so we appreciate any support and continue to explore ways to give back,” Robertson said.?

To see a list of all nonprofits and the amount raised for each organization, visit?https://kitsapgreatgive.org/leaderboard.